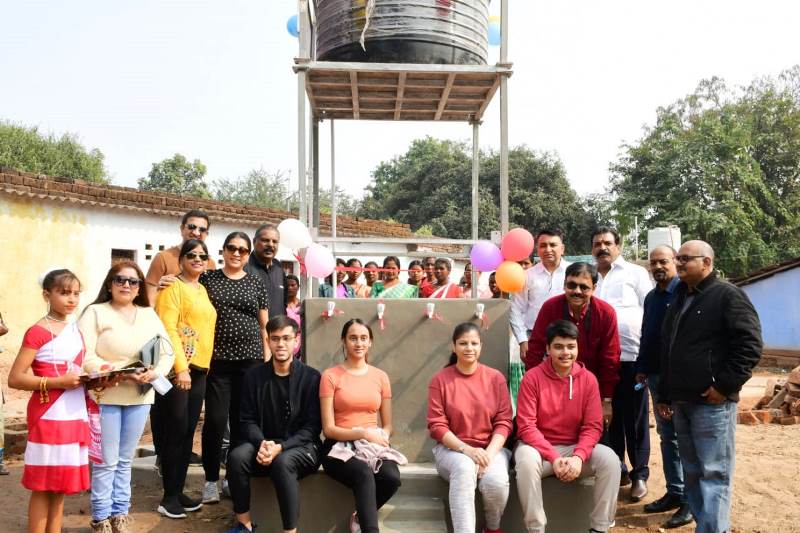 Bokaro: Alumnus of St Xavier’s School again stood for a noble cause on the last day of the year. Ex-students of 1986 batch of St Xavier’s pool in funds and installed a water tank in the small tribal village, Jaipal Nagar, situated close to Sector-12 of the township.

The villagers have sought help from them. The tribals women have narrated their problems saying they have to walk miles to fetch drinking water. Sajan Kapoor of the 1986-batch said, that they have installed the water tank for the residents in the Asus School situated in the village.

In the year 2015, the same batch had constructed toilets and handwash platforms for the students in the school. A hand pump installed in the school was the only source of drinking water for the villagers of Jaipal Nagar. Kapoor said, with the handpump already working in the school they installed the water tank there only.

He added, “when I shared drinking water problem faced by of villagers with his friends through WhatsApp and Facebook, they enthusiastically come forward helping them. The students of 1986 batch are settled in different cities of India, Australia, and America. Without giving any second thought they contributed funds and see the water tower, is installed in a few month’s time”.

Kapoor said, that he found himself blessed having such like-minded school mates who are good Samaritans. On the occasion of the inauguration of Water Tower, former students of 1986 batch Amrita Darshi, Chandrima Ray, Brinda Lal, Sanjay Kumar, Shashi Karat, Manoj Jain were present along with their families.

Alumni of other senior batches of St Xavier’s School Amardeep, Usha, and others were also present as special guests on the occasion. A villager Sonaram Godsora thanked the entire 1986 batch for their contribution in providing drinking water in the village. 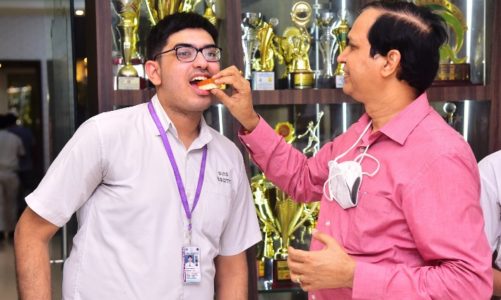 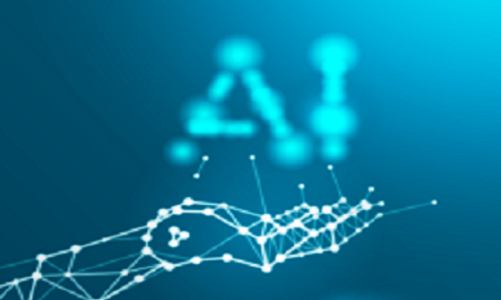 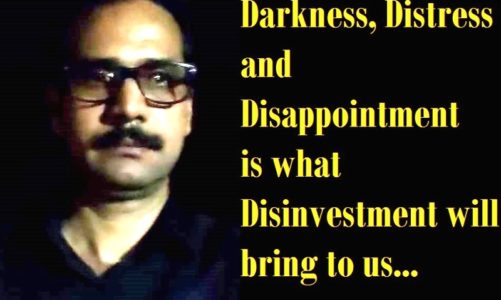